Planning a trip into the heart of the Historical and Cultural Heritage UNESCO?

We offer accommodation in the centre of Český Krumlov, literally one minute on foot from the town’s square, with a view of the iconic Cloak Bridge and the Český Krumlov Castle.

The rooms are fully furnished with beautiful antique furniture and double beds, tempting you to a romantic getaway.

There is a private garage and parking only 10 minutes away. We would like welcome you to our house that has it all – soul, history, mysterious nooks and crannies and the typical Krumlov magic charm.

We are looking forward to seeing you!

In family circle since 1993

The green room no. 1

2 28m²
The cosy green room is situated on the second floor. There is a possibility of connecting the room with room no 2. – our beautiful red room. This creates a space of approx. 50 square metres for 5-6 people.

3+1 34m²
The three bed room no. 2 in the second floor.
There is a possibility of connecting the room with room no 2. – our beautiful red room. This creates a space of approx. 50 square metres for 5-6 people.

The romantic room no. 3

2 28m² private balcony
A two bed room with a double bed is situated in the loft area of the house. It comes with a private balcony with a view of the castle, river and beautiful Krumlov rooftops.

2 20m² private balcony
A two bed room with a double bed is situated in the loft area of the house.
It comes with a private balcony with a view of the castle, river and beautiful Krumlov rooftops.

5 89 m²
The two-floor apartment for 5 people in the middle of Old Town of Český Krumlov with own private kitchen.

The green room no. 1

The romantic room no. 3 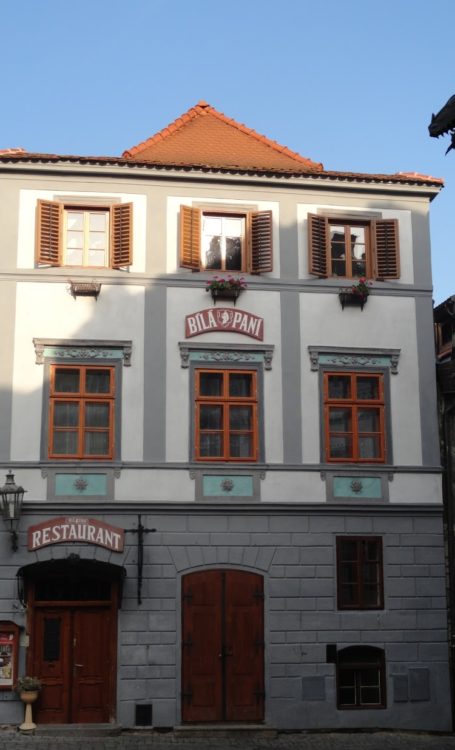 Footsteps to the current form
1993
from: http://www.encyklopedie.ckrumlov.cz/ 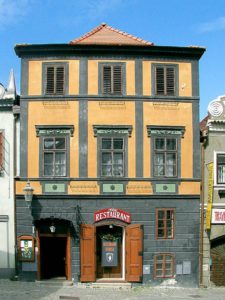 Since 1993, the year when the reconstruction was finished, until 2009, when the building was reconstructed into what we know today. 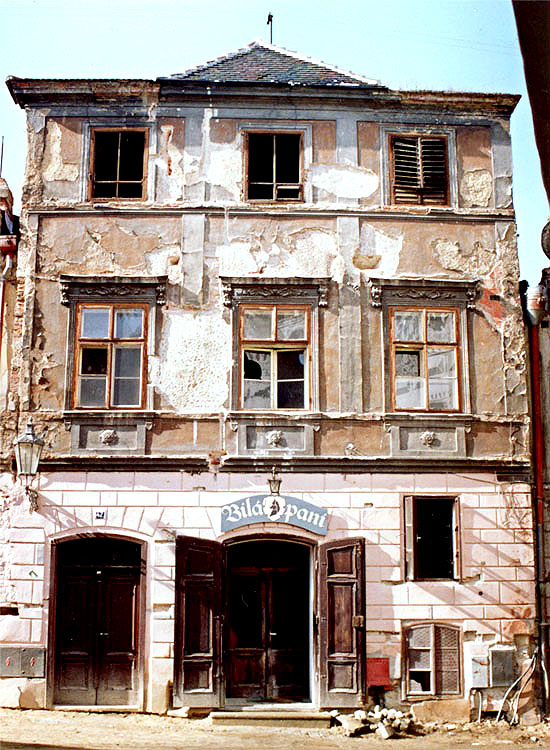 The first classicist reconstruction, which formed the house into what we know and admire today, was done before the year 1800. Architect Johann Štěrbík, who documented the new classicist and romantic elements in July of 1884, was the one responsible for its preservation. The architect adhered to the Krumlov tradition. The face of the house was altered into the version we know today, the ground floor was laid with a plastered bossage. Throughout history, the house donned the colours grey, green and brown ochre. 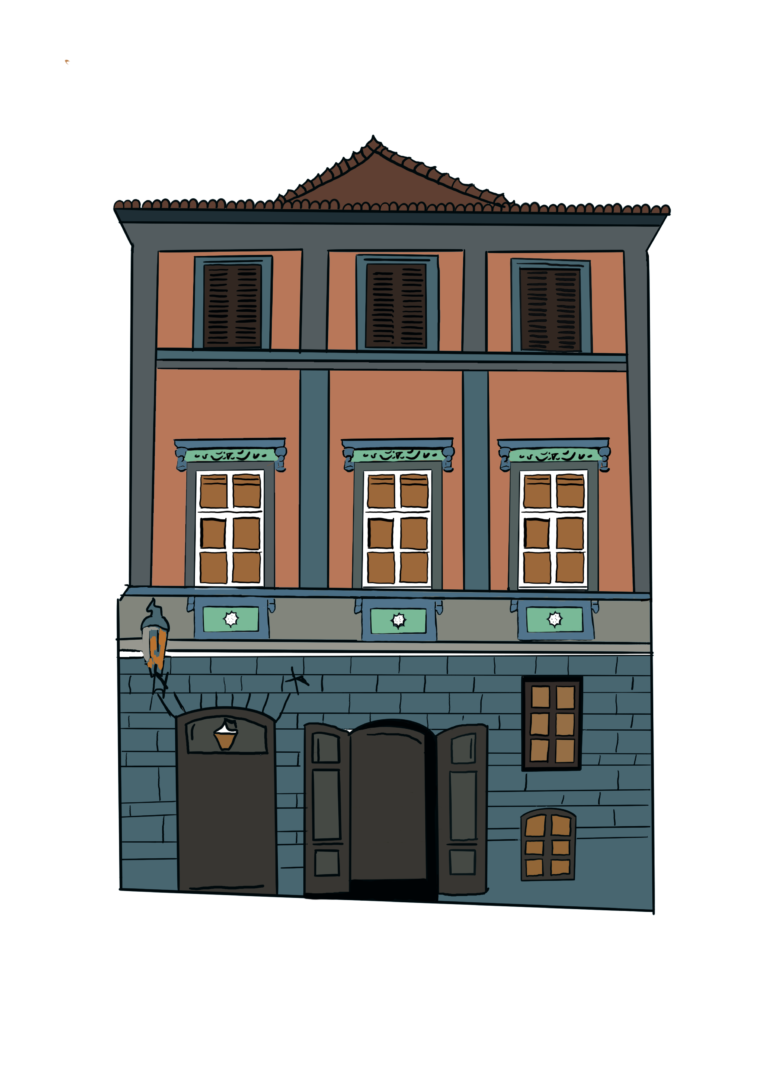 Until the end of the 18th century, the walls of the house acquainted themselves with Joseph Ekert and Jan Schulz. During the first half of the 19th century, the house was inhabited by the Stockinger family, after them, up until the 1940s, the house belonged to Joseph and Anna Babler. During this period the house had classicist changes done for the first time. The façade was divided using the protruding stripes between the windows, or pilaster strips. The window ledges were much wider than today. The vertical pilaster strips are supported by a pedestal. The colours of the previous façade were sadly not preserved. 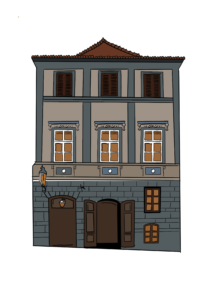 The ceiling construction dates all the way back to the Baroque Period. Since 1634, the house belonged to Tomáš Steiner, who was later replaced by Matyáš Anderst. A the end of the 17th century, during the course of about 9 years, the house was inhabited by Jan Alt, followed by the royal scribe of František Josef Reichhardt, whose family lived in the house up until 1733. During 1733-1770, the house underwent several Baroque changes. Josef Reska had a saddle workshop in this house for nearly 40 years during the reconstruction until 1770. 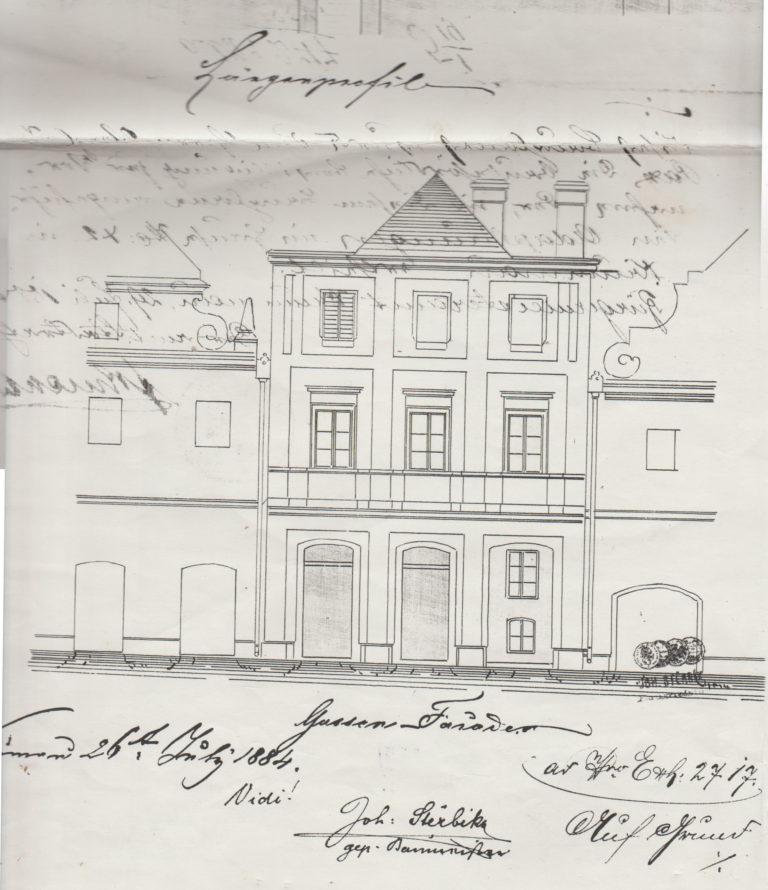 The first recorded mention of an owner is already from the 16th century. During this time, the house was radically reconstructed to a Gothic appearance. Allegedly, Jíra Hrachovec lived here. After him, the house most likely belonged to the miller from the nearby Pečkovský mlýn. At the end of the 16th Century, in 1572, a certain Jaroš Steiner turned up in the house. At around 1733, there was a room with a beamed ceiling on the first floor, which is still there today. Dating to the Late Gothic Period there is also a barrel vault and the ground plan of the black kitchen, nowadays hidden under the construction from 1945.

The history of the house dates all the way back to the 14th century. The main appearance of the house is from the Early Medieval Period. The main appearance of the face of the house, the division into 3 sections, which we can still see today, is from the Late Gothic Period. The vaulted ground floor and cellar and the stone portals have nearly preserved their appearance until today. Most likely, there used to be a window leading from the cellar, which was removed before 1800. During the Medieval Period, the windows of the house were smaller and closer together and the windowsill was higher than the ones we see today. They used to serve as ventilation for the smoke coming out of the room where people lived their daily life. According to knownevidence it is assumed that the windows were framed with a red line. 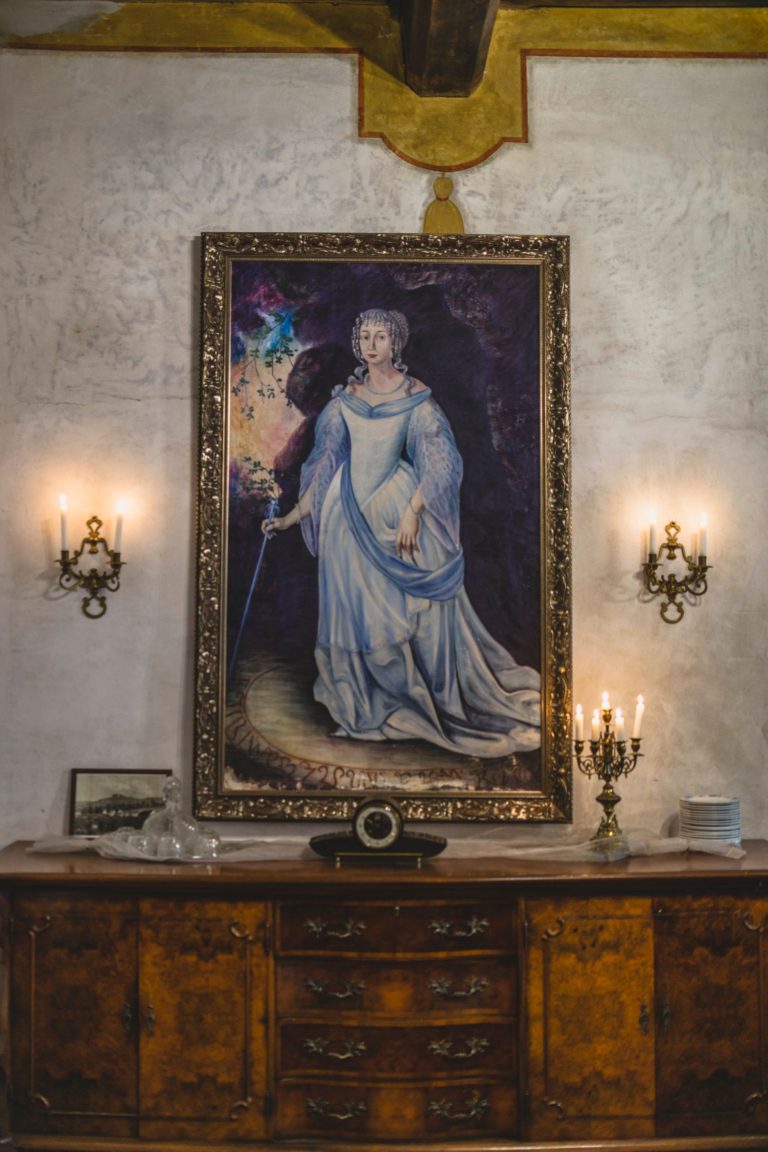 In the house, there lived a sad young man called Helmut, who fell in love with a young woman. They both vowed to marry each other. Lady Annabella, the Krumlov witch, managed to break the woman’s will and persuade her not to get married to Helmut. In the end, the woman married an older hunchback and left Český Krumlov with him. Helmut could not survive the woman’s betrayal, so he hung himself in the attic of the house. In the past, you could hear all sorts of sounds from the attic, you could even hear the beam where Helmut’s body was found hanging creaking.